Y is for Yin Yang 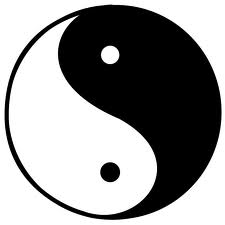 The yin yang symbol is ancient, steeped in symbolism and meaning.  Many
philosophers have attempted to explain the universe in terms of this symbol.
Below is an excerpt from the poem "Identity of Relative and Absolute", written by
Zen Master Shih-t'ou Hsi-ch'ien  (700-790 CE) 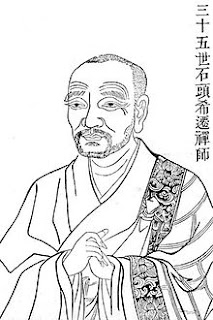 當明中有暗    In the light there is darkness,
勿以暗相遇    but don't take it as darkness;
當暗中有明    In the dark there is light,
勿以明相睹    but don't see it as light.
明暗各相對    Light and dark oppose one another
比如前後歩    like the front and back foot in walking.
萬物自有功    Each of the myriad things has its merit,
當言用及處    expressed according to function and place.
事存函蓋合    Phenomena exist; box and lid fit;
理應箭鋒拄       principle responds; arrow points meet. 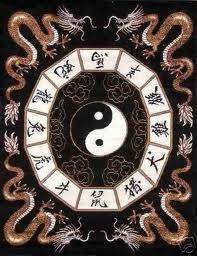