N is for Nomad


I met a real nomad!  Okay, “met” is maybe too generous a word.  More accurately, I was in the presence of a real nomad.  I went to a small, local “support the arts” type bar to hear Tibetan musician Amchok Gompo. 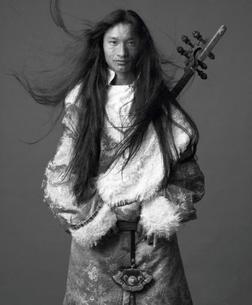 He played a traditional Tibetan dramyin (long-necked lute) and sang in his native language.  He played an assortment of Tibetan folk songs and music he had written himself.  The music was haunting, almost chant-like, and at times even toe tapping - very unique and quite enjoyable.   During the break between sets the local “support the arts” type bar-owner pulled a chair up onto the stage beside him and asked about his life in Tibet.  It was quite candid and intimate and even members of the audience were allowed to ask questions.  It was surreal, listening to someone younger than myself talk about his nomadic lifestyle.  To me, “nomad” is a way of life described only in history books – not a lifestyle that coexists in time and space with smart phones and Wii.  He told us, in broken English, he had no formal schooling in Tibet and learned music by memorizing the songs his uncle used to sing.   He said he likes the weather here in Canada (loud groan from the audience) because it reminds him of home, except in Tibet he lived in a tent (loud sounds of audience admiration).  (It’s a Canadian birthright to complain about living through the winter weather and we’re down right impressed by anyone doing it in a tent!)  He is very proud of his heritage and what is most important to him is to share his culture with the rest of the world.   He left just a few days after I saw him, gone on a one-man world tour.   And as much as his life has changed since he left Tibet, he's still a nomad.  No longer following the seasons, but following his heart and his music. 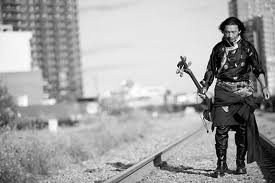 Watch and listen here
Find out more about this unique musician who has played for the Dalai Lama
Posted by Laurie Peel, CRA-RP at 8:00 AM